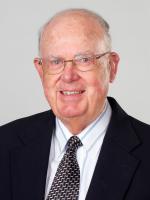 The effect on morphology and phase behavior of a crystallizable block in block copolymers is a topic under investigation. Depending on the crystallization conditions, the pre-existing microphase separated structures can remain unchanged, be slightly modified or be totally destroyed. The crystallization process imposes a new layer of complexity on the more familiar liquid-liquid phase separation which normally controls block copolymer morphology.

Oligomeric cyclic esters of poly(ethylene terephthalate), PET, and poly (butylene terephthalate), PBT, among others can be synthesized from the appropriate monomers or by depolymerization. The resulting low viscosity liquids are interesting as candidates for composite reaction, injection molding or resin transfer molding applications. By the use of appropriate cyclic monomers such as ε caprolactone, families of novel copolymers can be synthesized in which the degree of crystallinity and the mechanical properties can be tailored for specific application. Blends can also be prepared by an in situ polymerization of mixtures of the cyclic esters with other polymers. Phase separation occurs during polymerization in such blends and the resulting morphology can be controlled by selecting the polymerization conditions.